This little girl has the coolest backyard of all the neighborhood!

The dream of many Harry Potter fans is probably to be in his magic world. We all waited anxiously to get our Hogwarts letter in the mail, but sadly, it never came.

Katherine Pastas Nevitt and her husband, Matthew Scott Nevit, are huge fans of Harry Potter and they have passed down their appreciation of this magical world with their daughter, Vivienne.

To celebrate her sixth birthday, Matthew and Katherine have done all they can to turn their backyard into a magical place for their daughter.

They brought Diagon Alley to life, in their yard and the results are breathtaking.

It took four weeks (between July and August) for the couple to accomplish this impressive feat. The floors of the shops are made of pallets, while the outside (storefront) is painted to look like stone. They used repurposed China cabinets to recreate the windows. What is really impressive is that they managed to achieve this project almost entirely for free using recycled material found in sales, Crailgslist and other places like this. All in all, it cost them under $200 to accomplish bringing to life a movie-quality set piece for their daughter's party.

We find in Diagon Alley, a Flourish & Blotts, the bookstore that Harry, Hermione, Ron, and all of their classmates shopped at to purchase their Hogwarts textbooks. They built Ollivanders, the wand shop that many Hogwarts students purchased their first wand at. There is a Madam Malkins, the dress shop where Hogwarts robes are sold. And the couple has also built an apothecary shop where students can buy their ingredients to make potions!

The dream for many people

The couple even offered to other parents and children who are fans of Harry Potter to have children's parties there. 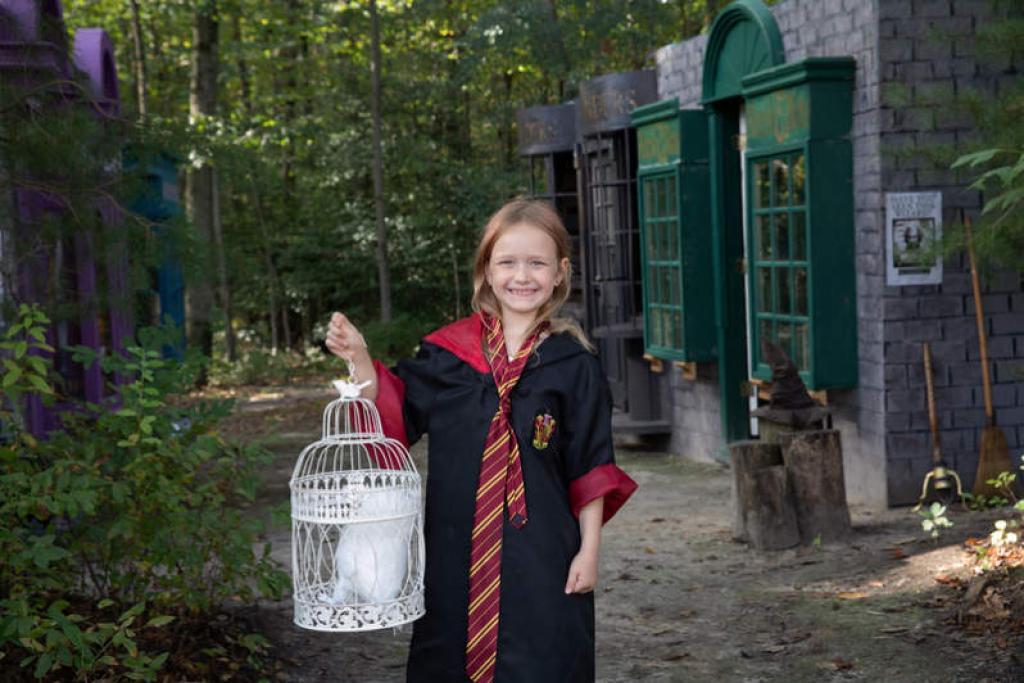 Here is a beautiful story !